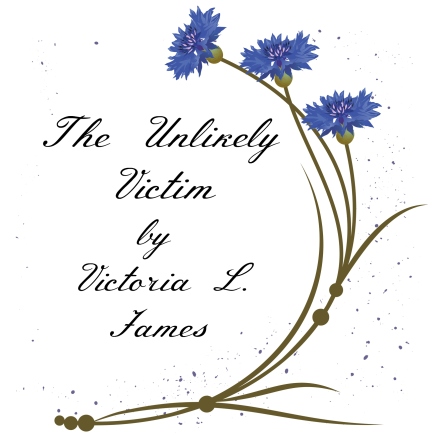 The doorbell didn’t stir him. Not the first time I pressed it, not the seventh time, either. His phone was equally as frustrating, forever sending me through to voicemail to try and throw me off course.

“Hey, this is Jeremy. Leave a message.”

That was it. No fuss when it came to my best friend of thirteen years. He was the straightest talking human being I’d ever encountered and that’s why, at the age of thirty-two, I had become more dependant on him than anyone else.

At six-feet two inches tall and with broad shoulders that I’d cried on a hundred times, Jeremy Winston had always seemed indestructible to me. He was always there. Always present. Yet two days had passed without me seeing or speaking to him. It was the longest we’d ever gone without making contact. I was his sister – one without the genetic connection, but a mental one. We’d been mistaken for siblings throughout our entire friendship which possibly had something to do with the same brown tones in our hair and the fact that we both had piercing blue eyes. Apparently those combinations were a rarity – just like our friendship.

I tapped my foot on the top step of his porch as I chewed on my thumbnail and began to look back on the street where he lived. It was classy around here with three storey town houses, lots of manicured lawns, vibrant hanging baskets, and expensive cars on the driveways. But it was quiet, too. There wasn’t anyone’s door I could knock on to ask if they’d seen or heard from him recently. Everyone kept their homes locked up and their lives private.

His fancy dark blue BMW sat lonely on the driveway. I walked over to it, taking a quick glance back at the house to see if I could see any sign of him before I refocused on the car and let my hand drop gently on the bonnet.

There was also a light, almost invisible sheen of dirt across the windscreen – yet another sign that the car hadn’t been used recently, which only made the churning and gnawing of my gut tense and twist even more.

I’d never had to worry about him before. Not really. Apart from the time when his mother had been ill a few years ago, Jeremy rarely needed me to be there for him the way he was always there for me. I stared back at the house feeling lost and unsure how to move forward. I didn’t know what to do. I had no idea who to call. There wasn’t a single part of me that had any instinct or gut feeling as to what could be wrong.

Pushing my hands through the thick of my hair, I let them fall to the back of my neck before I exhaled heavily and tried to formulate a plan.

“Someone looks serious,” a familiar voice said behind me.

My eyes widened in surprise and my smile broke free before I spun on the heels of my feet and turned to see him. Relief trumped fear and washed over me like the most exquisite warm shower I’d ever experienced, but it only lasted a second. As soon as I saw him, I knew there was a problem. His hair was scruffy, all strewn in every direction, not in its usual slick style that always, always went to the left. There was a shadow of facial hair around his jaw; one that made him look ill against the unusually pale colour of his skin.

“Jeremy?” I breathed out, making it sound like a question. His clothes were different. Everything was… different. There was no suit, no smart shirt or fancy shoes. There wasn’t even a cufflink in sight. Instead he wore an old polo t-shirt that had definitely seen better days, and jeans that hung too loose from his waist, making it impossible to see any kind of shape to his body.

I didn’t wait for an explanation or for him to answer me. The sheer relief of seeing his face was enough as I lunged forward and threw my arms around his neck, burying my cheek into the small curve there. When I inhaled, all I could smell was his skin. Not a single drop of aftershave.

“What the hell has happened to you?”