We should chase away from what we’re scared of, right? Run as fast as we can. Yet some of us seem to veer toward chaos and destruction…

Chloe sees anguish and despair lurking beneath the surface of Cai Matthews, the dark and dangerously handsome freelance photographer she meets on her first day in a new job. She can’t see straight in his presence—blinded by a blistering sexual attraction that has the potential to sweep her clean off her feet.

When Cai disappears from the workplace and doesn’t come back, Chloe tries to find out more about his life but all she knows is he’s set to inherit a ton of money and his aunt runs one of the most famous fashion magazines in the world.

Cai is running from a complicated past he doesn’t like talking about. Gossip columns rage with speculation concerning him and his aunt, who took guardianship of Cai after his parents died.

Conscientious journalist Chloe has a mind for details and once she gains access to his world, Cai realises she could undo every, single dirty little secret that he and his aunt have tried desperately to cover up.

I’ll stab you in the heart.
I’m coming for you.
No secret dies.
But you will.

In the concluding part of Chloe and Cai’s tale of frantic, tempestuous, meaningful love…

When news breaks that enigmatic magazine editor Jennifer Matthews is dead, it irks Chloe that Cai refuses to shed even one tear. What she doesn’t know is that he was expecting it, perhaps even, hoping for it.

In this dark, romantic tale of revenge, Cai explodes the deepest, most destructive aspects of his past as he comes to terms with the tragedy at the heart of Jennifer’s downfall. With Chloe’s love and support, he must brave his demons and dodge death to finally end a bitter feud between two damaged families.

**This book is not intended to stand alone and is the second in a three-part series, concluding in UNLEASH – Kayla Tate’s story.** 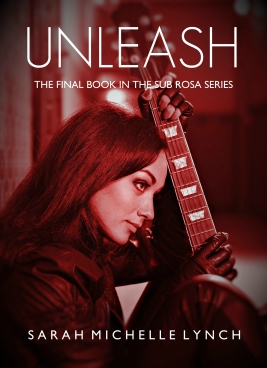 Have you ever fallen for the wrong person – knowing they’re not the one for you?

For Kayla Tate, pain and disappointment are all she has ever known when it comes to love. Is it that she never learned from her mistakes? Or is there a ghost from her past she’s yet to lay to rest?

Kayla embarks on a journey during which harsh lessons will be learned and relationships will be tested. It seems to centre around the Sub Rosa mystery, but where will she begin to unpick the threads? All she knows is that something doesn’t add up . . .

Kayla’s heartbreaking story is about lifelong friendships, taking chances and finding that one person who’s willing to risk it all with you – at exactly the right time. 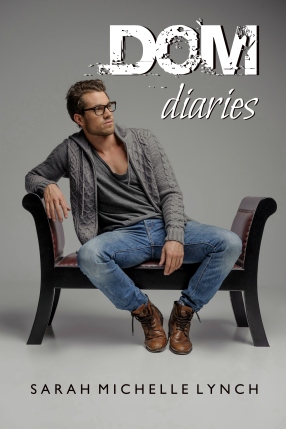 The Sub Rosa Trilogy uncovered the dark secrets beneath the lies. But what about the story beyond the mystery?

In this companion novel, TV presenter turned magazine editor Carl Sorensen has his say in these diaries chronicling his journey from a lost soul betrayed by all the women he loves – to a true, dedicated dom determined to lead a better life.

His uncensored confessions reveal all the dirty secrets that eventually put him on the same path as the woman who would become his wife.

Be prepared to have your belief system shaken up all over again.