As another writing year draws to a close, I better put some words down while I still have chance, so here’s what I’ve learned this year . . .

Having been writing religiously for four years now, I can confidently acknowledge that the writer’s journey is never smooth and the true writer doesn’t always write what’s right, either. They write what’s in their heart at the moment, what’s true and good to them at a certain point in time. So when I look back on my work up until now, it’s clear some of my words have become alien to me, because I’ve moved on. Some of my stuff still feels very raw, and other things I’ve become so much less precious about.

They say first-time writers should write the book they want to read if they want to get a book deal. I say, PAH! Sometimes starting out writing at all is a feat so whatever idea you’ve got, go with it. Also, not all of us are out for a so-called book deal. (Incidentally, many deals that publishers offer you are not pro-writer.) I’ve spoken to many a fellow writer, so I know there are good deals and bad ones out there, and it’s when you get a good one that you cling on. Seriously – I’ve heard about lost royalties, not being able to publish future books until being out of your current contract – and worse – having no say when it comes to your cover and content. Some publishers have ripped the heart from books and left them soulless.

This year I’ve gone from virtually being a full-time mum to now being a full-time writer and editor. When I say full-time, I don’t mean 9-5. I work hours most people could not imagine suffering through, but the truth is, I never suffer, because I love it. Full days of writing (in between editing jobs) has transformed my routine, my work ethic, my writing. Being able to write a book straight has improved the whole experience tenfold. I have always had a game plan and I’m getting closer to the fruition of this plan all the time. I’ve been biding my time and it’s my firm belief that time is not your enemy, but your one, true friend if you utilise it properly. I know how much I love writing therefore I know I’m good, because it’s not painful for me – this writing thing – it’s getting easy now. I liken it to physical training and the more practise you put in, the more you naturally get right first time, without all those hundreds of redrafts. The more positive feedback you get, the more your confidence grows too. Nonetheless, the most devastating thing for me would be if I were to become a one-hit wonder, forever leaning on that for future successes. Thankfully a lot of creative people around me have recognised and congratulated me on building a foundation rather than writing a one-trick pony to appeal to the masses. I am a writer. I want to be a writer forever.

A lot of people have come and gone from my life since I started out writing. The main reason for this is that a lot of people say they want to work with me but don’t show the same dedication and commitment I’ve got. Which doesn’t really work for me. Some people seem to think that the publishing world is a game to play whereas I very much feel like it’s a starting stone to self-fulfilment.

I realised this self-fulfilment thing means Sarah Michelle doesn’t write books to pretty something up. I write to provoke and challenge.

So, to clear up this year and what I’ve learned, here’s the spaghetti in a more orderly manner:-

1) Some people think good writing is plot twists, crash, bangs and wallops. Literally, sticking as many big OMGs in one book and letting the audience digest it all at the rate of 50 miles a second. There’s some really great commercial fiction out there and I hold my hands up to the authors who master it. But walloping fiction isn’t the be all and end all. Some of us start out feeling like good books MUST have shocks galore in order for them to be good. NOT TRUE. Sure, a page turner must hook the reader at the end of every chapter, but other readers are just as happy to sit back and relax, too.

2) I’ve had to come to terms with stuff I don’t like in books. Personally I cannot write what I don’t believe is possible/and or true, so I will never write characters that are weak but somehow end up getting everything they want. I don’t believe beautiful language can excuse a murderer their sins. I despise cliche. I don’t think even the most beautiful poetry or prose can hide flawed structure in a book. Likewise heroines with no gumption have no chance getting airtime in one of my books, whether under my pseudonym or my real name! (YES I HAVE A PSEUDONYM AND YOU WILL NEVER KNOW SHE/HE IS ME.) Sarah Michelle doesn’t exactly write what you would call Book Boyfriend books, either. My stories mainly centre around mysteries and psychological issues so the Boyfriend is just one element of the bigger picture. Personally, when I used to read as a kid, I read for enlightenment, and to gain knowledge. That’s not changed. I like to be challenged by a book but also require some basis in reality. I can’t read nice little heart-warming reads myself, but for someone else, I can write them if I am really in the mood.

3) A good enough writer can write about real life and make it a fantastic story, too. A lot of friends over the years have often accused me of pulling their leg with some of the things I’ve seen and done but I don’t tell lies and I have seen and done some crazy shit, which is probably why I can write the stories I do! I got told years and years ago that words aren’t enough. You have to live before you can be a writer. I took that onboard, trust me. For instance, I know a real-life chambermaid. I know a girl who lost her mother young. Myself and Chloe Matthews could be twins.

4) Less is more. But this is the hardest writerly lesson you will ever learn. Less means you have to put faith in your audience that they will read between the lines. Less means you have to give over control to someone else!! EEEPPP! NO!!! I hear so many writers scream. This is so subjective because readers vary as widely as writers do. Some readers love details, others just cannot be bothered and like a bit of wham, bam, thank you ma’am.

5) Sometimes a story just comes to you which is a gift. Angel Avenue and its sequel, Beyond Angel Avenue, are tales gifted to me from some place in the stratosphere – either that – or my subconscious instructed me because my consciousness refuses to admit I am soppy at heart!! HA-HA! (Yes, all writers are crazy.) So, these are tales I would call fantastical, sometimes even whimsical, but still rooted deep in reality. They are the stories I wrote without even breaking a sweat and they are the stories I feel most engaged with. My husband read these and continually laughed and got frustrated with Jules and Warrick, murmuring helplessly, “They’re just such strong characters.” Suspension of disbelief with these books IS A MUST but they are so plausible, too. The ANGEL AVENUE series – overall – is a testament to the power of the human mind and how it protects and preserves itself. Sometimes, among the canon of your work, you produce something universal and engaging not because you made the choice to write a book that is marketable or profitable or fits a current trend – but because it’s real and relatable and the idea for the book wouldn’t cease until you had it out there on a page. Writing has its ups and downs but the downs can sometimes lead to the mega highs of something like these two books – which I wrote not for myself – but the heroes and heroines out there doing things in their daily lives which they don’t decree as fabulous but which I do. When a reviewer said recently that these characters aren’t charming – they were right – Jules and Warrick are real people. Jaded people. But the love they share is what counts.

7) 2016 is going to be interesting. Since my husband started working in marketing, we’ve learned a lot together about what works and what doesn’t. My husband speaks to a social media expert on a daily basis who’s in charge of building the social media platforms of several billion-euro companies. So maybe SML’s pseudonym will be the one-trick pony that allows me – Sarah, the person – to write what makes her heart happy. Because the tricks I’m learning about marketing are enough to make the common consumer cringe. So you might be hearing a lot less from SML and I’ll leave you to ponder what my nom de plume might be.

I love everyone who reads my words. I think you’re all insane, but I love you. I love the people who’ve got to the end of this blog but most of all I love writing and I know I’m unlikely to give it up very soon.

Please do check out Angel Avenue and Beyond Angel Avenue, my most recent AND BEST novel yet. I can sing my way through these last few days of the year because I’m so fulfilled and so pleasantly surprised with how the journey has so far turned out.

Beyond Angel Avenue is out tomorrow.

Have a magical Christmas and a wonderful new year. 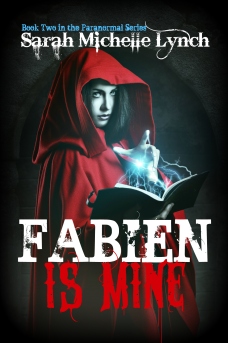 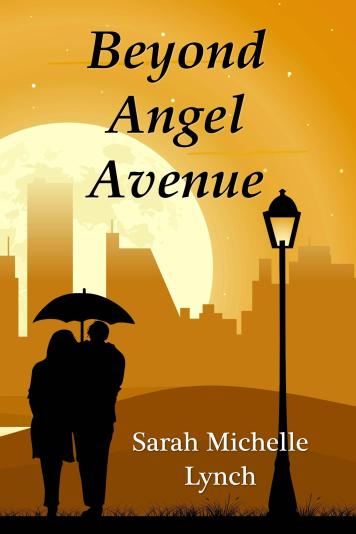